All In: Big Gamble Now Paying Off as Rivers Casino Opens in Schenectady

SCHENECTADY, N.Y. -- With the ceremonial turn of a key, the doors were thrown open Wednesday on the most anticipated new business in recent Schenectady history. It was several hours in line for the die-hards, waiting to be the first gamblers at Rivers Casino. But this was all several years in the making -- hard work acknowledged by Schenectady Mayor Gary McCarthy at the grand opening event. "It was difficult at times. It really required people of great vision," McCarthy said.

It’s officially game on in Schenectady. Rivers Casino & Resort opened just before noon on Wednesday on the Mohawk Harbor site to much fanfare, as thousands of guests poured into the facility for the first time. “Today is just all good news,” Gov. Andrew Cuomo said at a pre-opening ceremony. “It really is a dream come true.” Hundreds of people lined up hours in advance to be among the first to experience the $330 million facility. Once customers stepped foot on the red carpet

SCHENECTADY -- Dave Buicko and his father, Frank, used to drive around the Mohawk Harbor development every Saturday morning and watch as the old industrial site slowly evolved into the home of Rivers Casino and Resort. ​ The weekly drives stopped when Frank’s health deteriorated recently. The 93-year-old has Parkinson’s Disease and had one of his legs amputated about a month ago, Dave said. ​ On Monday, surrounded by family, Frank got to see the finished product. ​ Dave rolle

SCHENECTADY - Even though Rivers Casino in Schenectady doesn't open until Wednesday, one man is already getting to roll the dice. The very first number rolled at the Craps table was a hard "8." The person who rolled that didn’t win a dime, but it’s okay. He was just thrilled to be there.It’s the equivalent of throwing out the first pitch opening day at a Major League Baseball game. The person honored with rolling the dice to christen the Craps table at the new Rivers Casino i

How Mohawk Harbor went from industrial site to casino

For a generation of Schenectady residents, the 60-acre site along Erie Boulevard was nothing more than a rusting reminder of the municipality’s legacy as “The city that lights and hauls the world.” The American Locomotive Company, or Alco, manufactured railway and military equipment from 1849 until it closed in 1969. For the next 40 years, the site was repurposed for other industrial uses. “Anyone who’s 55 or younger can’t remember when Alco was open,” said Ray Gillen, chairm

A Dunkin' Donuts and Capital Bank will open at Schenectady’s Mohawk Harbor, becoming the latest tenants of the $480 million development project. The coffee shop and bank will be located at the corner of Erie Boulevard and Rush Street, next to the traffic circle. The businesses will occupy a 4,240-square-foot retail building that the Schenectady Planning Commission approved last July. Work on the building has already started, and is expected to be completed this summer, said D

A look inside Rivers Casino as it readies for opening day

With a week until opening day, Rivers Casino and Resort in Schenectady is nearly ready to show its hand to the public. ​ Outside the building, workers donning green vests hammered away to put the finishing touches on the $330 million project before doors open for good next Wednesday at noon. Inside, a “mock casino” day was underway as staff members practiced their roles with each other, making final preparations for the opening day rush. ​ “I’m feeling very anxious and very e 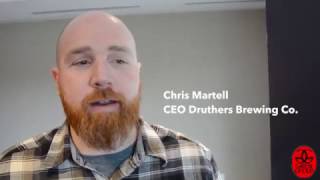